1. Mark Angel
Mark Angel is a Nigerian video producer, best known for the Mark Angel Comedy series of shorts, often featuring child comedians such as his niece, Emmanuella Samuel and his sister, Aunty Success. Angel’s YouTube channel was the first African comedy channel to reach 4.6 million subscribers and has 1 million Followers on instagram 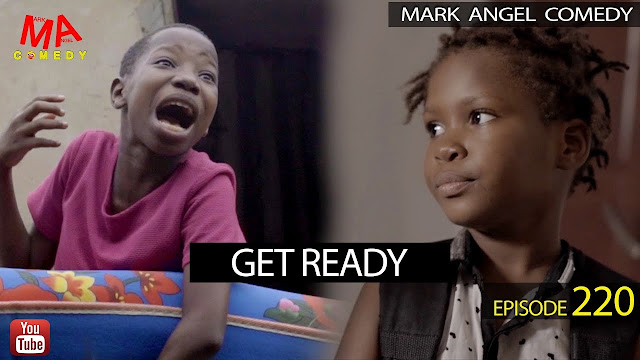 Mark Angel was born in 1991 in Port Harcourt, Rivers State, Nigeria. He attended Obafemi Awolowo University to study medicine, but left for family reasons. After college, he spent time in India gaining experience in cinematography and theater, but could not find stable paying work in Nollywood. He began independent filmmaking in 2013 under the name Mechanic Pictures.
Angel is best known for Mark Angel Comedy, a series of YouTube comedy shorts that feature a number of people from Angel’s family and neighborhood in Port Harcourt. Many of the shorts involve clever children, primarily Emmanuella Samuel and Success. Angel’s first well known short is “Oga Landlord,”wherein a man late on rent (Angel) is trying to hide from his landlord (Daddy Humble), and tries in vain to have a child (Emmanuella) cover for him (e.g. “My uncle is not around. He just told me.”).
Samuel is Angel’s longest-appearing actress. She has won comedy awards in Nigeria and Australia for her work with Angel, and is Africa’s youngest YouTube award winner. She started film work in school as part of a class video project, prior to being chosen by Angel for his stable of actors. Samuel’s videos can reach up to a million views during the first week after posting.
Mark Angel Comedy received a plaque from YouTube for having reached one million subscriptions in 2017. It was the first Nigerian-based YouTube channel to reach that threshold.
In 2018 it was announced that Samuel would be attached to an upcoming Disney feature film.
Angel works mostly with multiple camera formats and close camera angles. Filming sometimes includes shaky camera techniques to give them a natural and down to earth feel, something Angel calls “freestyle comedy.”
Angel primarily films within his family’s lower-class neighborhood in Port Harcourt, as a means to portray the environment he grew up in and relate to other common people in Nigeria.
2. Broda Shaggi
Broda Shaggi whose real name is Animashaun Samuel Perry is a popular Nigerian comedian, actor, scriptwriter, visual artist and director born on July 6.
Broda Shaggi is also a singer and voice over artiste whose musical genre is Pop.
He is well known for his comedy skits which he shared on Instagram but came through with his comedy skit “Jesu in Mushin”.
He obtained a Bachelor in Creative Arts from the University of Lagos. His late dad was a drama teacher at Junior School, Ikenne, Ogun state.
He has 2.4 M followers on Instagram and 143k Subscribers on Youtube. 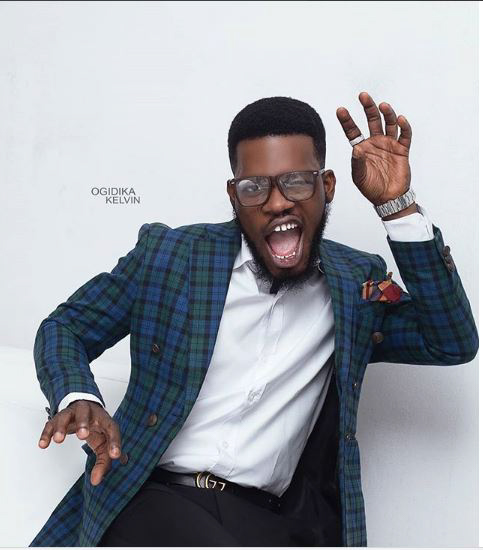 He started comedy many years ago while in the University. He created a lot of characters before he later settled for Broda shaggi.
Broda Shaggi has been recognized in the industry for his hilarious comedy and uniqueness of character.
He has got numerous nominations such as The Future Awards Africa Nigeria Prize for Comedy and City People Music Award for Comedy Act of the Year.
Broda Shaggi’s net worth has not been revealed but he is believed to worth millions from his earnings in his comedy skits and as an artiste.

Michael is passionate about Entertainment, Comedy and Acting. He started acting at the early age of 7 and had already started a drama group by the time he was 17. He was renown for his extreme enthusiasm in teenage years and was given the name Lively. A name he still goes by several years after.
I am regularly intrigued by multi-talented personalities especially individuals who explore their talent to take advantage of opportunities in the creative arts sector. one of such persons is sani Micheal also known as MC Lively who trained as a lawyer but now devotes time to recording wonderful comedy skits and performing as a stand up comedian.
He has 1M followers on Instagram and 25k Subscribers on Youtube. Lasisi Elenu born with real name Nosa Afolabi is a Nigerian comedian who does his comedy via Instagram.
Lasisi is a Content Creator, On Air Personality (OAP), Actor and Event MC and moderator. He has been part of some humanitarian programs such as the HeartMinders Action Against Rape and other Sexual Abuse which took place on the 24th of February 2018 in  Onikan, Lagos.
He was moderator at the Business Mixer – The Business of Blogging. The program was held by ConnectNigeria and it was supported by British Council. 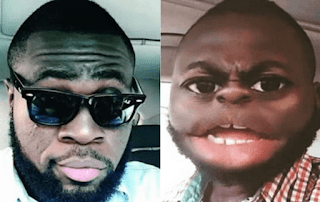 If you are conversant with Instagram, you would have come across his frequent and funny video skits on the picture and video sharing platform. He already has 1.8M  followers on Instagram 40k Subscribers on Youtube. He is an influencer.

Apaokagi Adedoyin Maryam, popularly known as TAAOOMA Is one of the comediennes currently rocking the Nigerian entertainment industry.
She is the CEO “Taaooma and iya tao” a skits that’s making waves on social media.
The talented female comedienne was born and brought up in ilorin, Kwara state. She had her primary school education in the city.
subsequently she left for Abuja to further her education. She is at the moment an undergraduate of the University of Kwara State University Malete “Kwasu” where she is studying tourism. She has 251k  followers on Instagram 2.2k Subscribers on Youtube 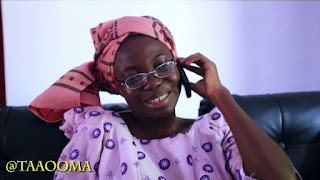 Popular Comedian, Omo Ibadan Speaks on Her Career, Fame, Money & Love Life. … She is the CEO” Omo Ibadan Cosin Senta”, a comedy skit currently making waves on social media. The talented female comedian was born and brought up in Ile-Ife, Osun State. She had both her primary and secondary school education in the city. 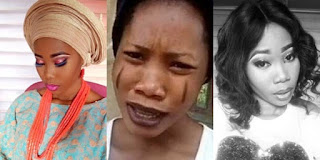 Adeyela Adebola popularly known as LizzyJay is one of the comediennes currently rocking the Nigerian entertainment industry. She is the CEO” Omo Ibadan Cosin Senta”, a comedy skit currently making waves on social media. The talented female comedian was born and brought up in Ile-Ife, Osun State. She had both her primary and secondary school education in the city. Subsequently, she left Ile-Ife for Ede, still within the state to further her education. She got her National Diploma Certificate from Ede Polytechnic. She is at the moment an undergraduate of the Polytechnic Ibadan, Oyo State where is studying Microbiology.
She has 1M followers on Instagram 3.5k Subscribers on Youtube

Ayo Ajewole (Woli Agba) is a comic Yoruba-Nigeria gospel comedian and also a gospel singer. Woli Agba was born on 20th of November 19. Woli Agba spent most of his childhood and teenage in Ibadan as that was where his parent to reside right from time. Ayo Ajewole is a Nigeria-based philanthropist whom derives joy in making be happy with his comic acts despite the fact that he didn’t anything relating to theater acts during his school days.

Ayo Ajewole attended Baptist Secondary School Oke Ado Ibadan in 1998 and graduated as class 2004.
He furthered his tertiary institution and graduated from Lead City University Ibadan where he studied Economics.

According to the information we gathered, Ayo Ajewole made it known that he’s ghat not more of other skills compared to making people’s 24/7 struggles eased by being entertained with his comic comedy skits. Wherefore Comedy happens to have upper hand in his “skill’s graph”. 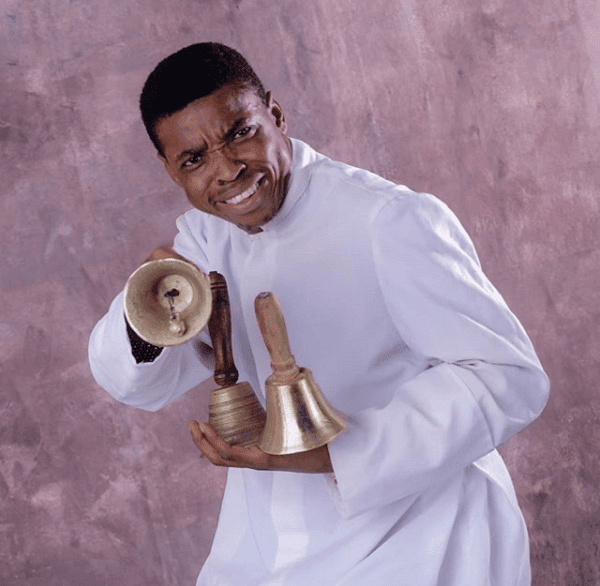 Currently, there’s no amount estimated for Ayo Ajewole(Woli Agba) as his net worth. But having it here as information, we were made to know that he’s ghat a car(s), house(s), and as well ghat a wife(**winks**).

Having it here, Ayo Ajewole(Woli Agba) got engaged with Olaife Ajewole on March 2017.

Sirbalo Whose real name is Timothy Obotuke is a Nigerian Comedian, a Social Media Influencer and video content creator. He has gained much fans continue to increase day by day. He has 224k followers on Instagram while his 179 k Subscribers on Youtube presently. 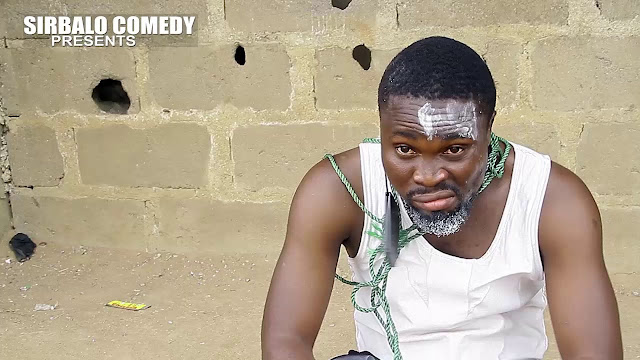 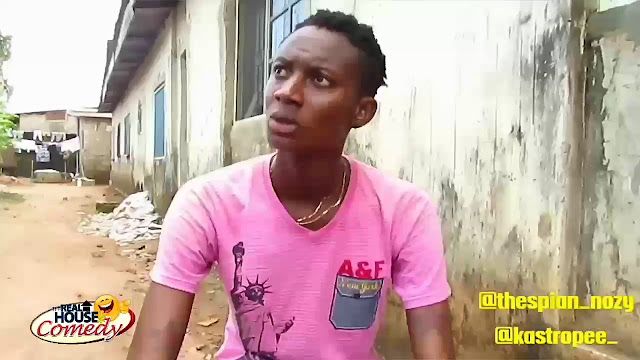 A graduate of Ambrose Ali University in which he is the second son of his parents. He has been into comedy since when he was very young, but he started creating content video skits in 2015. He works in collaboration with Twyse and Kastropee

Woli Arole whose real name is Oluwatoyin Bayegun, is a popular Nigerian stand up comedian known for posting comedy skits online.
Woli Arole is one of the top Nigerian comedian with a distinctive style of comedy delivery
He rose to fame on Instagram after posting videos of himself preaching the gospel in comical ways reminiscent of local prophets.
Aside being a comedian, he is also a master of ceremonies (MC) and an actor. He has 1.2M followers on Instagram 16k Subscribers on Youtube 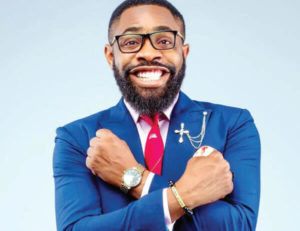 Xclusive Styles is becoming one of the Best YouTube channel in the world. Check out for Latest African Styles That Trends such as African Dresses, African Print Dresses, Ankara Styles, Aso-Ebi Styles, Bead Designs and Fashioned Braid Hair Styles). Beautiful! Colorful! Stunning!! Fashionable!! Our Black Women must get back to this way of dressing in clothing that brings out their Natural Beauty and Essence!!! Subscribe to Our YouTube channel for more videos on what's trending in Africa, UK, USA, Canada and so on.